A mother cuddles her baby in the leverage of her arms

Indelible love is planted with each kiss

She’s haggard from lack of sleep,

But a lullaby drifts around the room

A father with his muscular body watches over them

With pride filled eyes he whistles a tune

He has a deep devotion to the infant

And he vows to always be there for her

Feeling protected by the circle of life,

And toast to a perfect family photo

But being loved is a two way street

That takes two to do the job

But together there love is an essence

Fights are a part of life

Making up is the best part

And it makes things right

Sometimes they loose their way

But they use their heart as a compass

And always find their way

But loving each other

Is who they are

This dip is a new take on corn dip. With the added flavor of salsa verde you’ll be dancing around a sombrero in no time. The sausage gives it a smoky flavor which will make your taste buds water.

1. Preheat oven to 350. In a medium bowl combine the cream cheese and the onion dip.
2. Next add the shredded cheese.
3. Add the sausage.
4. Add the onion and jalapeno pepper, and the corn, Stir to combine
5. Spread into a sprayed round deep dish pie plate and bake for 25 minutes.
6. Pour the salsa verde over the top and bake another 5 minutes.
7. serve with tortilla chips.

Lives a journey of choices.

Voices plea for her love.

Cords of fear bound her

to realization she has to choose.

One tells her he will  be….

A handkerchief when tears

Her air when she can’t breathe.

A safe haven from the storms of life.

Glasses to help her find her way.

bleed for her to pick.

Heavy heart breaks from the weight.

Pills to take the pain away.

A pillow to lean her head on.

An alarm clock to keep her going.

A book she can’t put down.

Her soul is darkened,

master problem is in charge.

Bottle of remedies she looks for.

Her sweetness when she needs

a piece of chocolate.

A credit card to keep her happy.

Her shot full of spirit-booster.

A comedian to keep her laughing.

by dots, and they’re about to

Arms that blanket her from harm.

Her light in the darkness.

A song she can’t get out of her head.

A life vest that keeps her afloat

when sadness gets her down.

She wonders which one

will make love their home?

stare back at her.

Decision made, she turns

and leave in search of

I had a dream last night

You appeared, and my heart skipped a beat

We took a walk down our path

Goodbyes fell silent on our lips

Nothing matter at the moment

We were together again

We had yesterday, today, tomorrow, forever

Fragments of love stained our hearts

and we held on to each other

I smiled at you,

but you didn’t smile back

It was than I realized you were fading

I reached out to grab your hand,

and nothing was there

Your name echoed through my hallow voice

Tears pleaded for you to come back,

but you were only a dream

A bottle of tears

Kept as a gift

“Want to walk down by the lake?”  Devon held Jade’s hand as he watched a couple out on a pedal boat.  They were having so much fun.  He couldn’t help but smile.   He looked up at Jade and his heart fluttered.  She didn’t look well. “Are you okay?”
She wanted to spill everything.  Tell him that she had lymphoblastic Leukemia.  But Jade didn’t want his pity; she wanted him.  “Why do you ask?”
“You don’t look well, and the nosebleeds.”
Jade took a seat on a bench and watched the ducks move about rhythmically in the lake.  “I told you it was sinus problems.”

Devon sat down, then stood as a sharp pain pierced his leg.  Both knees buckled sending him to the ground.
At first Jade looked stunned, then she knelt down beside him.  “What about you?”
“What about me?”
“Are you okay?  You look pale yourself.”
“It’s a football injury.  I’m fine.”
Jade stood, and Devon did the same.  He pulled her close and kissed her.  It was a sensual kiss that left her breathless.  His face was so close that she could smell the minty toothpaste he had used.  Her pulse quickened as he kissed her one more time before pulling away.
“I can’t do this.”  They both said at the same time.
They stared at each other for a moment.  Jade finally turned and ran to her car.  Tears glazed her eyes and slid down her cheeks as she blinked.   She clamped her hand over her mouth to muffle out the agony.  Her hand trembled as she cranked the car.  Spots floated before her eyes, blood streamed down her chin, and dripped onto Deon’s blouse. Fear gripped her the minute she pressed the gas.  Jade saw the other car, but her legs felt like lead, she couldn’t stop. Tires screeched on the blacktop, but nothing kept her from flipping her car several times. Pain pulsated in her ribs, and her head.   Eventually she blacked out and let the peaceful darkness take over.
****************************************************************************************************************************
Devon hobbled down the trails as anger boiled inside of him.  The same Bible verse came out of nowhere. “For I know the thoughts I think toward you, say the Lord, thoughts of peace and not of evil, to give you a future and a hope.”  He believed the verse came from Jeremiah 29:11.  But he really didn’t care.  God wouldn’t let him have cancer.  But he knew he had cancer.

A cold hard rain began to fall.  It felt like thousands of needles hitting him in the face.  He knew he should turn back, but he trudged forward.  Up ahead he saw a bridge.  Devon knew it was stupid, but he did it anyway.  He  hoisted himself up on the railing.   Rain now came down in sheets, blinding him.  He balanced himself, carefully putting one foot in front of the other.   He would have made it to the other side but his leg cramped up and he plunged into the murky water below.   His leg hurt badly, and he struggled to stay above the water.  Devon went under again.  Numbness caused his limbs to feel lifeless.  As he went under again,  he gulped in cold air and water, choking him.   His eyes closed and he drifted into unconsciousness.  Deep down he prayed he would die.

The tacos are great for a party. The meatballs are delicious on their on, but add them to a tortilla and top with tomato,onion and radishes with the sauce makes your taste buds dance.

1. In a food processor add your beef.
2. Cut one shallot in half and add to the food processor.
3. Add 1/3 cup of fresh cilantro.
4. Cut the jalapeno pepper in half. Take out the seeds, Add the pepper to the food processor.
5. Roll meat into 24 balls. Cook in a skillet over medium-low heat until no longer pink.
6. In a medium bowl add the yogurt. Add one tablespoon cilantro. Add the diced shallot.
7. Add the lime juice and the salt and pepper. Add the teaspoon LaFina Chili & Lime Seasoning.
8. Mix to combine. Chill 20 minutes.
9. Cut the tomato up and add to a small bowl, Add 1/2 cup diced red onion. Stir together and set aside.
10. Add the diced radishes to a small bowl, set aside
11. Warm your tortillas.
12. On a tortilla add three meatballs. Top with some sauce, Add some tomato and red onion. Top it off with some radish.

And the sun reflects to the

Where all creatures stare 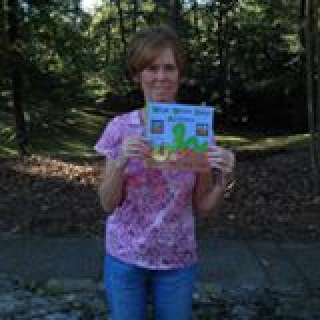 Hey, blogging world. My name is Karen, I'm a writer and want to be chef. But this only takes place after my real job, daycare worker. Don't get me wrong I love the children, but after 20 something years in the business I'm ready to do my dream jobs. I have a few children's books published with my wonderful twin sister Kathy. We also have a cookbook out. We wish to own a food truck or a bakery someday, and we each are working on our own novels! Hope you visit my site, and bring visitors with you. All are invited to come in!

The heavens are telling the glory of God; and the firmament proclaims His handiwork. Psalms 19:1

Thoughts-poetry on life, nature and spiritual

We're all on a road to somewhere.

Donald on Dining in and Out.

The Stories In Between

The ultimate place for smashing flavors

Food tripping in Manila and beyond!

I'm Hamed M. Dehongi. I am a writer and this is my blog. I like writing poetry, short stories, and novels.